Rev. Dr. Carmen Lansdowne will take a leave of absence from First United Church in Vancouver's Downtown Eastside to lead the UCC 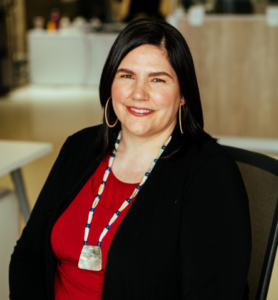 A Downtown Eastside church minister is the new leader of the United Church of Canada and the first Indigenous woman to head a religious denomination in this country.

Lansdowne will take a leave of absence from her job as the executive director of First United Church Community Ministry Society at Gore and East Hastings in Vancouver so she can serve a three-year position as the UCC’s spiritual leader and public representative.

“It’s a huge honor and a huge responsibility,” said Lansdowne, who was born in Alert Bay and is a member of the Heiltsuk First Nation.

She has a Ph.D. from the Graduate Theological Union in Berkeley, Calif., and is the second Indigenous person to be elected moderator of the UCC. The first was Stan McKay who was the moderator from 1992 to 1994.

Lansdowne will officially take the helm in a week just after Pope Francis’ visit to Canada, during which he is expected to apologize for the Roman Catholic Church’s role in residential schools.

In 1986, the UCC was the first religious denomination in Canada to apologize for abuses against Indigenous children in its schools.

Lansdowne noted the Indigenous church, and, in particular, its elders have not yet “accepted” the 1986 apology.

“In many ways, we are still waiting for the rest of the church to make the necessary changes to live into that apology. I believe this is still an area of misunderstanding for many in the church and bears further discussion as part of our denominational journey of repentance and healing,” she wrote in a statement of her vision.

Lansdowne said her appointment is an affirmation “of the time in which we live, as Canadians become more educated and aware of the calls to action from the Truth and Reconciliation Commission, as well as the several hundred recommendations from the final report of the Royal Commission on Aboriginal People and the calls to justice from the National Inquiry on Murdered and Missing Indigenous Women and Girls. These are all catalysts, alongside the confirmation of unmarked graves at residential schools, for the need for deeper dialogue and learning about a relationship between Indigenous and non-Indigenous Canadians.”

She said it will also be a challenge for the church to have someone like her in the role.

“I will always take the position that unless what we are doing works for Indigenous women at risk in Canada, it doesn’t actually work for everyone, because everyone includes those women who are the most marginalized and the most at-risk in our society.”

Lansdowne hopes the visit by the Pope will spark a new commitment to implementing actions such as the financial reparations that have been ordered by courts and the full release of all records that are held by the Roman Catholic Church and all its orders.

She said the confirmation of unmarked graves at the former Kamloops Indian Residential School was such a catalyst for Canadians to be moved by what happened and she isn’t clear why Kamloops and B.C. were not included in the papal visit.

“There was something palpable or tangible, where everybody could imagine a child not being returned to their family and not being honoured by a grave marker, that really anchored itself in the hearts of Canadians,” said Lansdowne.

She was the only nominee and will be installed as moderator of the UCC at a ceremony on Aug 7.