Church teaching on gay sex is ‘false’ and can be changed: Cardinal Hollerich 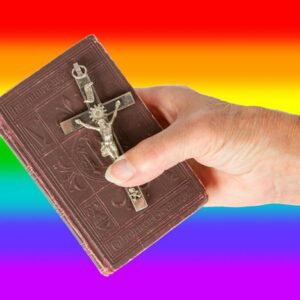 Catholic teaching on the morality of homosexual acts is “false” and could be changed, a senior cardinal has said.

The traditional beliefs on the Church rested on an unsound “sociological-scientific foundation” which left them open to correction, according to Jesuit Cardinal Jean-Claude Hollerich of Luxembourg.

The cardinal, whom Pope Francis has appointed Relator General of the concluding meeting of the Synod of Bishops in October 2023, made his comments in an interview with the German Catholic news agency KNA.

He was asked by a reporter: “How do you get around the Church’s teaching that homosexuality is sin?” He replied: “I believe that this is false. But I also believe that here we are thinking further about the teaching. So, as the Pope has said in the past, this can lead to a change in teaching.

“So I believe that the sociological-scientific foundation of this teaching is no longer correct, what one formerly condemned was sodomy. “One thought at that time that in the sperm of the man, the whole child was kept. And one has simply transferred this to homosexual men.

“But there is no homosexuality at all in the New Testament. There is only discussion of homosexual acts, which were to some extent pagan cultic acts. That was naturally forbidden. I believe it is time for us to make a revision in the basic foundation of the teaching.”

Cardinal Hollerich, who is also president of the Commission of the Bishops’ Conferences of the EU (COMECE), acknowledged that there were homosexual priests and lay employees in his archdiocese and said it would be wrong to discriminate against them.

He added: “The change in civilization we are witnessing today is the greatest change since the invention of the wheel. “The Church has always moved with the times and has always adapted. But one always had much more time to do that. Today we must be faster. Otherwise, we lose contact and can no more be understood.”

The Catechism of the Catholic Church teaches that all Christians are called to chastity, which means that sexual activity is restricted to the life-long and exclusive union between a husband and a wife. It acknowledges the universal prevalence of same-sex attraction and notes that “its psychological genesis remains largely unexplained”.

But it says that Sacred Scripture, from the Book of Genesis to the Letters of St Paul, has presented homosexual acts as depraved, and says Tradition – the other pillar of Catholic teaching – has always considered homosexual acts to be “disordered”. The Catechism adds, however, that people with strong same-sex attractions “must be accepted with respect, compassion and sensitivity”.

“Every sign of unjust discrimination in their regard must be avoided,” it says. “Homosexual persons are called to chastity,” it adds. “By the virtues of self-mastery that teaches them inner freedom, at times by the support of disinterested friendship, by prayer and sacramental grace, they can and should gradually and resolutely approach Christian perfection.”