Another Ahmadi woman comes out with her childhood sexual abuse ordeal 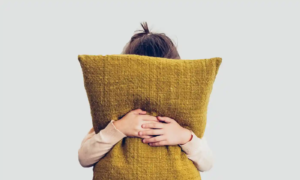 An Ahmadi woman survivor of childhood abuse has spoken out about her ordeal of sexual abuse and shared her traumatic experience of being a member of the Pakistani diasporic faith community in North America.

The survivor, now in her thirties, did not disclose her identity or that of her abuser but she said he is one of her family members. She said she wanted to tell her story in the hope it might help prepare other victims and survivors considering coming forward even without disclosing their identity with the hope that it would bring about change and reformation in her closely-knit and the hierarchically controlled faith community – the Jamaat-e-Ahmadiyya.

For survivors of sexual childhood abuse from this community, the potential long-term impact of their experiences is only beginning to be exposed; taboo, secrecy, shame and victim blame still prevail. Yet, slowly, as Nida Ul Nasser spoke in December last and more inquiries are held and some cases reach court, some adult survivors of childhood abuse are beginning to come forward. Although the survivors receive some secret moral support from some community individuals, but like Nida ul Nasser, they are disowned, pathologised, demonised, criminalized, disowned, socially boycotted and termed as enemies of the Jamaat by a majority of the community members as an indication of lover for their incumbent leadership.

“I was sexually molested as a child several times by a family member and never dared say a word about it because I knew no good would come of it and I would be the one to be blamed. I spent most of my life devoted to the Jama’at and lived a really sheltered life. I feel like I missed out on my entire youth and that breaks my heart because I had so many dreams”, said the survivor in her detailed social media post.

Indicating the recent sexual assault incidents within the Ahmadiyya community, she said they shook her to her core and made her reflect on her relationship with the Jamaat as an organization.

Growing up in the Jamaat as a woman has been traumatic and has damaged me in so many ways, she said, adding: “I never found the courage to say this out loud until recently. I grew up in the West but the Jam’aat is very strong and connected with each other, and has a strong say in every matter of your life”.

“I’ve always been constantly looking over my shoulder so that one small “mistake” doesn’t lead to some aunty or uncle spreading rumours about me and ruining my life. Honestly, sometimes I felt like breathing too loud would get me in trouble”, she added.