Ahmadiyya Mission and the Secular World 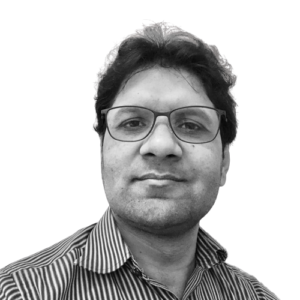 Mirza Ghulam Ahmad Qadiani, the founder of the Ahmadiyya community, was born in Indian Punjab in 1835. In 1888, he announced to be a divine person and to attract his followers; he opened a mosque, a school and two Urdu language weeklies namely Al-Hakam and Al-Badar during the first decade of his ‘divinity’. As Jamaat-i-Ahmadiyya was founded in 1901, on Ahmad’s request the Indian government considered his community as a separate group from mainstream Muslims in the census of that year, and male members of his community were counted as 1113. After Ghulam Ahmad’s death on May 26, 1908, his succession started with his caliphs, although there is no mention of caliphs in his teachings. After the partition of united India in 1947, the head of the Jamaat (son of Ahmad) with his followers moved to Pakistan and set up their own city – Rabwa (on demands of anti-Ahmadi elements it has been renamed Chenab Nagar since 14th February 1999 through legislation). Fifth is Ahmad’s incumbent successor. Fearing persecution in Pakistan since 1984, the successors have been based in the UK.

Being an expansionist, the Jamaat Ahmadiyya since its inception had the vision to spread all over the world through pacifist methods. Persecuted at the birthplace, like various other religious groups of Asia, it found the secular West as a giver and has been trying to make it home, particularly since the late 1980s. Various statements of the Ahmadiyya leadership were readily available to provide religious justification to this move. Mirza Tahir Ahmad, the fourth Ahmadiyya caliph, in 1986 said “To attract the natives, Ahmadis must adopt good values of the Western culture”.

Coming to the West, there is a change in Jamaat’s religious and social ideology. Its propaganda in Europe and America successfully hides its anti secular values and omits much of the backwardness which is evident at home and within its internal folds.

During the last century, Ahmadis have expanded to almost all parts of the globe, and today they claim to be in as many as 213 countries. According to Mirza Masroor Ahmad, Jamaat’s incumbent head, during the last 35 years, they spread in 122 countries. In 2018, the Jamaat claims establishing its set up in Armenia and constructed 355 new mosques in different countries including Canada, America, UK, Germany, India, Indonesia, Ghana, Nigeria, Sierra Leone, Ivory Coast, Tanzania, Burkina Faso, Mali, Congo, Niger, Cameroon and Senegal.

Although Ahmadis claim to be present almost all over the world, the majority of them are immigrants or refugees who emigrated from Pakistan. They do not seem to attract the natives, except in Africa. Though independent studies are needed to verify their claim in Africa, Muhammad Haron’s (2018) point of view seems to have some weight who claims that most of the African Ahmadi converts were Muslims who were not so much concerned with the internal theological disagreements and were more worried about the colonial rulers’ oppressive system and the trained Christian missionaries. Ahmadis came into Africa at an opportune period and their preachers “rescued” them from Africa’s expansive Christian campaigners.

If it is true, for Ahmadis this method cannot be a prototype everywhere in the world, particularly in the West where they could not attract the locals. Their tireless efforts and resources seem not bearing desired fruits. As far as the number of converts is concerned, the result of Ahmadiyya activities does not commensurate with their efforts and resources expended, particularly in North America. The 7 November 1986 statement of their fourth leader is important in this regard. He said, “We have experiences of many natives joining us but (they) left after few days after being disappointed by Pakistani Ahmadis. They felt as if they are in a strange society having no values of local culture”. There can be various reasons behind the reconversion of the natives or no conversion at all. Paul Freston (2010) rightfully pointed out “experience of discrimination” as a hurdle for immigrant missionaries and said that “willingness to Europeanize or Americanize oneself” can discourage that experience. Most of the Ahmadi missionaries and Jamaat high-ups are from Pakistan, and their style is very Pakistani and are religiously unwilling to Americanize or Europeanize. For example, in the case of Canada religiously Ahmadis are not allowed to eat Tim Horton’s products. Though they accept this culture and do not openly criticize it but it is entirely different from adopting it, let alone assimilation or integration. Next-generation of missionaries might overcome the language barrier, as religiously they have Urdu medium at their seminaries, but there are fewer chances of their fully adopting Western culture. The need to have the ability to unlearn for an effective cross-cultural mission cannot be ignored.

They should not forget that they are refugees in search of protection in the West and to influence their belief some extraordinary is needed. Their missionaries do have enough resources with no lack of money and time and have sufficient knowledge of Ahmadiyyat and extraordinary pride for this, but one integral thing that they are lacking is the cultural and geographical relevance. Proving to be peaceful and persecuted can be beneficial for survival but not sufficient to convert the host communities.

Due to their intensive campaign and advocacy, politicians listen to them and have incorporated accommodations for them in the administrative and legal system. The asylum process is one of them not only in Europe but also in North America. Such steps are called accommodation which can’t guarantee a successful mission. Moreover if excommunicated by the Jamaat, an Ahmadi is socially isolated, he cannot do business with Ahmadis, and cannot build relations (physical or online) with them or with non-Ahmadis. This all is favourable for the unity of the Jamaat but sufficient to alienate the Jamaat from the democratic norms of the host society.

Like other immigrant missions, Ahmadi missionaries are also lacking the special training necessary to deal with the Western culture. Putting societal needs to attract natives aside, they seem to depend on their ‘divine’ enthusiasm. For their failed missionary activities, they blame the West for both its “spiritual state” and its “social condition” (Freston 2010, 166) and blame it for being a “hard land” in terms of accepting ‘true religion’.

Particularly in the case of Ahmadis, one thing that should be given importance is that they arrive in the West as a persecuted community and sought refuge. Being on the receiving end and trying to influence the religious belief of the host secular society with a conservative and ‘reviled’ one seems not convincing. It is understandable that Ahmadis in the West seem competing with their immigrant countrymen belonging to different Islamic denominations. Even they are making them focus of their missionary activities.

When you could not perform well during the early years of missionary-sending, the majority being refugees and facing allegations of economic exploitation, having no cultural proximity, having the label of being diasporic, preferring to live in ghettos, underestimating the need for training, transplanting the mission model from own country, not ready to unlearn enough to be cross-culturally effective, and trapped by the pressure to service own immigrants’ social need, it is very unlikely that God’s hand is going to work with repeated efforts in the same way (Freston 2010). Projects of River Run in Maryland, US, and Ahmadiya Abode of Peace in Toronto, Canada, are few to mention in relation to serving their own immigrants.

There are several teachings of Ahmadiyya claiming to have a number of democratic and universal principles. They propagate to stress equal rights and opportunities for men and women apart from condemning racial prejudices. Despite their claims, there are still significant gender gaps in attitudes toward women’s rights. There is no concept of gender-mixed formation of any organization within the Jamaat, let alone the leadership of any woman for any male-member organization.

In the West, this purely religious and traditional community tries to prove itself a model community while sticking to its traditional and religious teachings. What Wilfrid Cantwell Smith said in 1943 of the Jamaat still sounds suitable that coming to the West, there is a change in its religious and social ideology. Its propaganda in Europe and America successfully hides its anti-secular values and omits much of the backwardness which is evident at home and within its internal folds. Jose Casanova (2007) finds this ideology helpful for a religious community living with an impression of a liberal and peaceful community, which for sure is appealing in the West. However, being a foreign immigrant religion, there is a need to do some extra. If embracing secularism openly is difficult, at least the leadership should follow suit of other religious leaders particularly on matters of sexual abuse and Jamaat’s stance on its member with nonbinary sexual identities. It young generation in the West is very smart, they compare their community with others, and they ask questions to which they need answers. Silence of the leadership particularly on sexual assault matters may shake the belief of the adherents, let alone the expansion of the mission.

As the Ahmadiyya community has emerged a beacon of hierarchical layers, the old tactic of forcing the spiritual seekers to double down on hierarchical adherence in the name of religion might no more work. In the open market of religions in the secular world where there is no more fear of persecution, they have an option to go elsewhere to find meaningful belonging unlike in Pakistan where fear of persecution works as a binding glue.

Religion Observer believes in a diversity of opinions. This piece reflects the views of the author and does not necessarily represent those of the RO.

The writer studied Religion, Culture & Global Justice and is based in Canada. He can be reached by Twitter: @RanaTanver