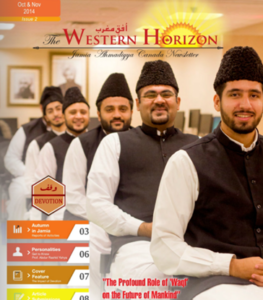 This was disclosed by Erek L. Barron, United States attorney, in his motion filed before the court of judge Paula Xinis to seek more time for discovery materials against the defendant. He submitted that the case is a complex matter. It involves five victims, all from different states. There is substantial discovery related to not only those five victims, but also dozens of other girls who the defendant contacted and solicited to produce sexually explicit images and/or live streams, the attorney said.

With respect to the victims who are the focus of the filed charges, there is a substantial amount of email communications, he said adding that there are materials from the search of the defendant’s computer that occurred in Canada.

He submitted that this case is one in which there is substantial discovery and numerous victims. An exclusion of time is needed to permit a defense review of the produced discovery and to permit any subsequent narrowing or resolution of issues between the parties without need for court involvement.

Upon hearing the US attorney’s request, the judge observed that this was a complex case because of the volume of discovery required to be reviewed and because of the number of victims. Granting more time to the government, the judge adjourned the hearing till October 31.

Missionary Muhammad Luqman Rana, who was using ‘King Cheetah’ as a pseudonym for his online accounts, is facing at least 10 charges of producing pornography of five children and extorting them by threatening to injure their reputation in the United States. If convicted on all counts, he faces a mandatory term of 15 to 160 years in federal prison. He has been in jail since January this year when he was extradited from Canada.

Thirty-three-year-old Rana persuaded, induced and coerced five minor victims, residing in Maryland, Oklahoma, Wisconsin, Washington, and New York to “engage in sexually explicit conduct for the purpose of producing child pornography and extorted the victims by threatening to injure their reputation.”

The accused was a resident of Peace Village, the Canada headquarters of the Jamaat-e-Ahmadiyya. Department of Justice officials say the incidents took place between June 2014 and June 2016, when he was in the final year of his seven-year-long missionary course at Jamia Ahmadiyya, Canada.

According to pages 9 and 10 of the June–July 2015 issue of Jamia Ahmadiyya Canada’s newsletter The Western Horizon, Rana graduated as a missionary in 2015 with six other students. A copy of this issue of the magazine was taken down from the website since Rana’s case started to receive media attention.

The Justice Department’s office of international affairs worked with law enforcement partners in Canada to secure Rana’s arrest in Canada and his extradition to the US. The investigation is being conducted jointly by the FBI and Toronto Police Services.

The court documents in the case were sealed until January 26, 2022, when Rana made his initial appearance in the US District Court in Baltimore before Magistrate Judge A. David Copperthite, the DoJ said in a statement.

In presence of the accused, an assistant attorney of the Justice Department’s Criminal Division, the US Attorney for the District of Maryland, a special agent in charge of the FBI, and the chief of Toronto Police Service announced the charges.

The Toronto police had arrested Rana on March 24, 2017, for extorting a teenage girl into sending him sexual photos and videos of herself. The police had arrested him after receiving information from the National Child Exploitation Co-ordination Centre in Ottawa. He was allegedly using the email address kingcheetah01hotmail.com. According to Jamaat sources, who requested not to be named, after his arrest in 2017, Rana was ousted from the Jamaat but was later restored and given an assignment at a Mississauga Ahmadi place of worship.