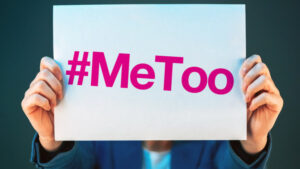 ‘We are heartbroken and distressed by these accounts and we profoundly apologize for the enduring pain caused to so many,’ said UJR leaders in a statement.

The Union for Reform Judaism published a 126-page report from an independent investigator on Thursday (Feb. 17), detailing sexual misconduct in the movement’s 14 U.S. youth camps and other youth programs over the past 50 years.

Published in its entirety and without redactions on the URJ website, the report is the third and for now the last of the outside investigations into sexual misconduct in different Reform organizations. The Reform movement is the largest U.S. Jewish denomination, with some 831 affiliating congregations.

“We are heartbroken and distressed by these accounts and we profoundly apologize for the enduring pain caused to so many,” wrote Rabbi Rick Jacobs, URJ president, and Jennifer Brodkey Kaufman, chair of the URJ trustee board, in a statement. “Going forward, we are committed to creating environments that better protect the safety and well-being of everyone in our community.”

Conducted by the New York law firm Debevoise & Plimpton, the report does not cover the Reform movement’s 831 congregations, which function independently of the denomination. It does, however, name a few rabbis and at least one camp director accused of misconduct.

Investigators said they found that awareness, supervision and training in the movement have improved considerably in recent years. But it also found past instances in which counselors or administrators dismissed complaints and failed to take further action. In addition, the report found the movement knowingly hired clergy who had been fired from congregations for sexual misconduct.

Investigators said Kutz Camp in Warwick, New York, now closed, was known for having a “permissive and sexualized culture,” as was NFTY, the Reform Jewish Youth Movement. The latter published the report to its website.

“It’s tragic to see that children have been hurt,” said Rabbi Mary Zamore, director of the Women’s Rabbinic Network, an independent organization of 600 female-identified rabbis in the Reform movement. “This really strikes to the heart of every member of the Reform movement. This is the antithesis of our religious values.”

Zamore said she hoped the report would help close gaps that have allowed perpetrators to evade responsibility. But she said that would also require congregations getting on board and putting in place policies and trainings on sexual abuse.

Last year, the Reform movement’s rabbinical association published a report by another law firm detailing revisions it recommends the association make in its ethics code to better prevent and repent of sex abuse in its ranks.

RELATED: As Reform Jews investigate themselves, a reckoning over sexual abuse grows

The Reform movement’s seminary, the Hebrew Union College-Jewish Institute of Religion, also published a report last year that found extensive sexual harassment and discrimination over the past five decades.

Reform leaders said they wanted to put in place steps toward t’shuvah, or repentance.

Jacobs and Kaufman wrote: “We believe this report is a crucial step in that process, and we are committed to ensuring that all URJ environments are safe, equitable, and inclusive for all.”