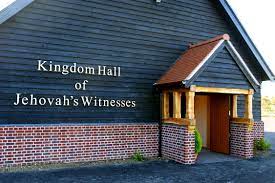 Four Jehovah’s Witnesses have been charged with sexually abusing 19 children in their congregations, Pennsylvania Attorney General Josh Shapiro announced in a news conference Thursday morning (Oct. 27). The alleged crimes of the four defendants are separate, but all took place in Jehovah’s Witness communities in Pennsylvania. The charges include indecent assault, rape and involuntary deviate sexual intercourse.

“The cases that we are here to announce are deeply disturbing, the allegations hard to imagine, while all sharing one common tie,” Shapiro said at the news conference. “Most of these defendants used their faith and church to gain access to their victims to build their trust and then molested them.”

The charges are the result of a three-year investigation involving dozens of witnesses and hundreds of hours of grand jury testimony. The investigation began with a referral from a local district attorney’s office in 2019. Three of the defendants have been taken into custody — the fourth took his life when officers attempted to arrest him early Thursday, authorities said.

“Children have a right to grow up in a safe community but were defiled by members of their own congregations. Some defendants only looked as far as their own families to commit their abuse,” said Shapiro. “My office will not stop until these defendants are held accountable for the crimes against innocent children.”

In an email to RNS, Jarrod Lopes, a spokesperson for the Jehovah’s Witnesses, said the religious group agreed with calls for victims of abuse to consider contacting the police. “As Christians, Jehovah’s Witnesses despise the mistreatment and abuse of anyone, especially precious children. While it is not appropriate to comment on cases pending before the courts, we want to express our concern for all victims of abuse regardless of faith.”

According to Shapiro, the investigation found that in 2011, Serrano “used his influence and common faith” to molest at least six young girls, including his daughter. “His own daughter testified to the grand jury that her mother would remind her to lock the door at night if her father was around,” Shapiro said. He added that Serrano allegedly confessed many of these criminal offenses to members of his community. Serrano has been charged with endangering the welfare of a child, indecent assault and aggravated indecent assault.

Shapiro said that in the 1990s, Hill exposed himself to young boys from his Jehovah’s Witness congregation and forced them to perform oral sex after luring them to his property with promises of drugs and alcohol. He has been charged with corruption of minors, rape, indecent assault and involuntary deviate sexual intercourse.

Ostrander allegedly began physically abusing his family members in 2006. Shapiro said the physical abuse escalated into sexual assault of Ostrander’s stepdaughter. The attorney general added that, due to Ostrander’s position as an active member of a Jehovah’s Witnesses congregation, he gained unsupervised access to his stepdaughter’s friend, whom he also allegedly assaulted. He has been charged with corruption of minors, indecent assault and endangering the welfare of children.

Shapiro also announced that Eleam, the defendant who took his life, used sexual molestation to discipline his daughter. His daughter allegedly reported the abuse to other members of her community, including her mother. Eleam was charged with endangering the welfare of a child, aggravated indecent assault, rape and involuntary deviate sexual intercourse.

“As prosecutors, as people of faith, as parents, we can’t escape the impact that these cases have,” Shapiro said. “These 19 children, they deserved a place to grow up in peace, not to be preyed upon. This is an abuse of trust, an abuse of power. I will remind you, no matter what power you cloak yourself in, everyone is accountable under the law.”