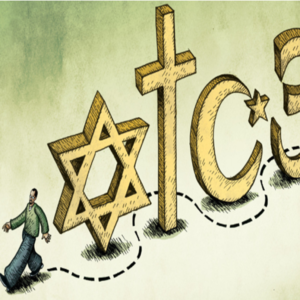 On January 19, a district court in Rawalpindi sentenced a woman, Aneeqa Ateeq, to death for “uploading blasphemous comments and statuses on WhatsApp”.

Judge Adnan Mushtaq of Rawalpindi sessions court announced the verdict after more than 18 months of jail trial. Ateeq, formerly a medical student is in her mid-twenties. She is a resident of Islamabad. The court sentenced her to a total of 20 years of rigorous imprisonment and imposed a fine.

The case against Ateeq was lodged in May 2020 with the Cyber Crime Wing of the Federal Investigation Agency under the Prevention of Electronic Crimes Act (PECA) 2016. This includes sections for sharing blasphemous content on digital media and social media applications. Hasnat Farooq, also in his mid-20s, a person with radical religious leanings, now a small-scale business owner was a university student at that time he lodged the case against the accused after remaining engaged in conversation with her for more than a year through another social media application.

Farooq, the complainant, has refused direct comment on the case. He says he came in contact with Ateeq through a private social media app used for chatting that allows people living in the same area to connect. After chatting on the application for some months, they started interacting on WhatsApp. The conversation gradually turned to religious questions, arguments and views, a person close to the case told this reporter.

The court verdict says the convict made objectionable remarks about Prophet Muhammad (peace be upon him) and uploaded derogatory pictures and status on WhatsApp about him and Hazrat Ayesha (Allah be pleased with her).

The defence claims that a trap was set for her. “The complainant was part of a group playing the PUBG. There were only two Pakistanis in the group and they became friends over chat. Later they started a separate conversation. The convict, a married person, refused to entertain the complainant’s request to meet in person,” a person related to the convict says, asking not to be named. The complainant denies this charge.

“The investigation by the FIA was carried out in an inappropriate manner. The court was not provided the complete record of the conversation. Only certain parts of the conversation are on the case file. No forensic examination of the conversation spanning over several months was undertaken,” the person says. He says the family has filed an appeal against the conviction.

Human rights defenders say that in some majority Muslim countries having large radical groups, the administrative, investigative and judicial machinery of the state can sometimes tend to support the complainant and neglect the responsibility to remain neutral and impartial. The accused then do not get a fair trial.

The verdict and various reactions to started two hashtags on Twitter: #SaveAneeqa and #HangAneeqa one calling on ‘civilised countries’ of the world to pressure Pakistan to repeal its blasphemy laws and save the convict and the other demanding that the sentence be executed as soon as possible.

The author is a journalist associated with The News on Sunday in Islamabad. He can be reached at: vaqargillani@gmail.com, Twitter: @waqargillani