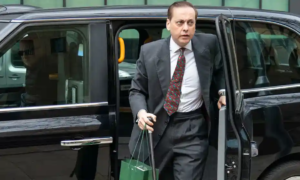 Imran Ahmad Khan, the gay Ahmadi disgraced MP expelled from the Conservative party after being found guilty of sexually assaulting a 15-year-old boy, has announced he will resign, triggering a byelection in the Yorkshire seat of Wakefield.

Although Khan is appealing against April 11 conviction, he announced he would be “withdrawing from political life” and would write to the House of Commons authorities to officially tender his resignation.

Khan, 48, was found guilty of sexually assaulting a 15-year-old boy on April 11. He will be sentenced on another date to be fixed in this regard.

In this whole episode of Imran being charged, tried, convicted and resigned, Jamaat-e-Ahmadiyya has not issued any statement in this regard. Normally in cases of its normal members having no public stature are expelled from the Jamaat on normal issues like

After his elections, Jamaat-e-Ahmadiyya UK congratulated Khan. Its official Twitter handle – @AhmadiyyaUK – on December 13, 2019, said, “Congratulations, best wishes and prayers for success in building a peaceful world to @imranahmadkhan, on becoming Member of Parliament for Wakefield. Imran Ahmad-Khan is the first-ever member of Ahmadiyya Muslim Community elected as a Member of British Parliament.” However, after the news of him being found guilty, Jamaat-e-Ahmadiyya UK deleted the tweet in a bid to prove that he is no more part of the Jamaat. Imran Khan’s brother was married to one of the daughters of Mirza Tahir Ahmad, the fourth leader of the Ahmadiyya community.