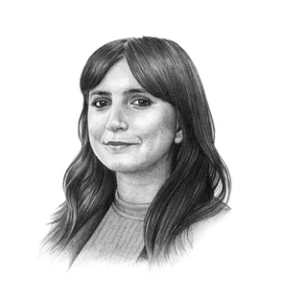 The sanctions imposed on Russia after its invasion of Ukraine caused havoc in global energy markets. Western capitals panicked over how to contain the price of oil as it climbed to nearly $140 a barrel—and how to wean themselves off Russian supplies. The United States and the United Kingdom, both of which announced bans on the purchase of Russian oil, rushed to convince their traditional allies to open their taps and reduce global oil prices.

Saudi Arabia and the United Arab Emirates, two of the biggest producers of oil, however, did not oblige, instead seeing an opportunity for themselves in the crisis. The message to the United States and the West more generally was unmistakable: The Saudis have too much leverage to be taken for granted in geopolitics or to be treated as an object of continuous criticism for violating human rights.

Even more than the Emiratis, the Saudis hold the key to oil wells and expect big concessions from the United States before opening their taps and reversing their pro-Russia oil policy. Activists fear that human rights will be sacrificed at the altar of energy security once again. Neither the United States nor the U.K. publicly criticized Saudi Arabia’s mass executions of 81 people in mid-March. The West’s policy toward Saudi Arabia has consisted mostly of cajoling to ease the pressure on consumers’ wallets.