Concerned at the rise of cases motivated by Islamophobia, antisemitism, Christianophobia 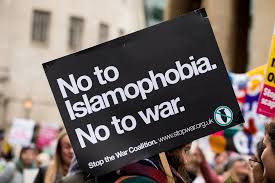 The resolution, adopted by consensus by the 193-member world body and cosponsored by 55 mainly Muslim countries, emphasizes the right to freedom of religion and belief and recalls a 1981 resolution calling for “the elimination of all forms of intolerance and of discrimination based on religion or belief.”

It expresses deep concern at “the overall rise in instances of discrimination, intolerance and violence, regardless of the actors, directed against members of many religions and other communities in various parts of the world, including cases motivated by Islamophobia, antisemitism, Christianophobia and prejudices against persons of other religions or beliefs.”

The resolution asks all countries, U.N. bodies, international and regional organizations, civil society, private sector and faith-based organizations “to organize and support various high-visibility events aimed at effectively increasing awareness of all levels about curbing Islamophobia,” and to observe the new International Day to Combat Islamophobia.